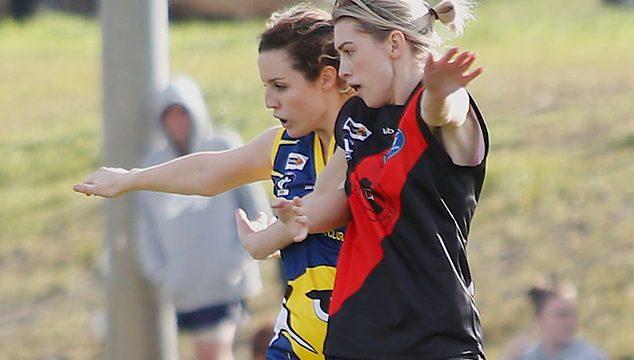 Ouch! The Bachelor’s Alex Nation is thrown to the ground in football tackle while playing for the Frankston Bombers Women’s team… as Richie Strahan watches with her son Elijah

Alex Nation enjoyed a football game with the Frankston Bombers Women’s team – and boyfriend Richie Strahan was in the crowd to support her.

The 26-year-old reality TV star looked in athletic form as she helped her team win their first game against Morwell East on Sunday afternoon.

During the match, Alex also showed off her competitive side as she tackled the rival players and even took a few tumbles herself.